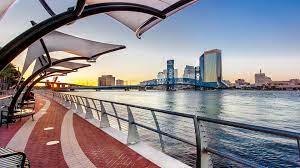 We'll hook you up with a team

We'll combine your group with others to form a team

Create a team and your friends can register to join it

This is a 5×5 Coed league. Rosters will have 5 people, with at minimum, 2 females.

This league will consist of five member teams competing for the best overall score in a 5k (3.1m) race that will involve traversing Jacksonville’s beautiful riverside and two of the city’s most iconic bridges: The Main Street and The Acosta.

Scoring:
The first three runners from each team to cross the finish line receive the points that correspond to their place. The first-place runner receives one point, the second-place runner two, third-place runner 3, etc.
The fourth and fifth runners on a team, although they don’t receive a score towards the tally, will still impact the final score, as they can still finish ahead of the other teams runners, thus giving them a lower placement and a higher score towards the total tally. Teams will have, at minimum, two female members. The team receiving the lowest score wins.

For regular season Meets, teams will be deployed in waves depending on their matches. Each wave will consist of two teams that are racing each other for that days match. Sequential waves will be staggered in 15 minute intervals.

The League will be divided in half for the championship race utilizing the same scoring as the regular season. The top teams will all compete against each other at the same time, as well as the lower teams competing against each other leaving in a wave 30 minutes later. Each grouping will run the route at the same time. This will be a one-day championship to determine final placement for the league.

Players have 4 sweet ways get in on the action.

Dates subject to change based on permits and availability and other league logistics.

**Due to supply chain issues during Covid, T-shirt colors are not guaranteed. You may select a team color, but if not in stock, Fray will chose the next closest color available.**

Dates subject to change based on permits, availability and other league logistics.

Get in the Fun!
Fraylife Email Signup