“I can confirm that totally with my clients that even in the best case scenarios of people quarantined together and loving each other, they’re saying, ‘We’re not [having sex], but we want to. We’re stressed and we’re not’,” says Dr. Kimberly Pendleton, a D.C.-based women’s empowerment and sexuality coach. “Part of what is disrupting their sense of wanting to have sex is just not feeling safe in life in general and it’s hard for people to process that so they’re shutting down.”

Indeed, for many Washingtonians, quarantine has quelled casual sex, stamped out burgeoning relationships and put the skids on having kids. Non-monogamous pairs are experiencing monogamy with primary partners, singles are feeling like they may as well join a monastic order and many married couples are coping with new routines that leave little room for physical intimacy.

One D.C. woman I spoke to anonymously had recently started dating someone prior to the city’s shutdown. When she left the city to go quarantine with her mother in Oregon, she says things with the new guy ended pretty quickly.

Other singles have turned to apps for conversation and connection in the digital space that has come to dominate daily life, but are likewise afraid and even put-off if new acquaintances suggest meeting up in-person. If someone can’t respect my body during a crisis, they wonder, how could they ever?

“The ‘random hookups’ were rare enough before and I’m not interested in breaking quarantine for something fleeting,” says D.C. resident Erik Moe, who instead of having sex has been spending a lot more time reading.

Jenny Frank, a former D.C. resident, had been settling into a new life in Denver and was about a month into a relationship when Covid hit.

“We decided to be responsible and not do anything because he works at a hospital. At first it was nice because it made us communicate more by talking on the phone, watching TV shows remotely, and having virtual sex… all things we were not doing before,” Frank says. “We were trying to keep things going by doing bike ride/park days but he would sit six feet away from me with a mask on and it just felt distant and somehow more lonely.”

However, while people might not be spending all of their at-home time getting freaky, they’re being forced by quarantine to reevaluate what it is they want out of a partner or partners, and, for those coupled, to put some work into the intimate relationships they do have. Many agree that while their beds aren’t creaking, they also aren’t necessarily cold. 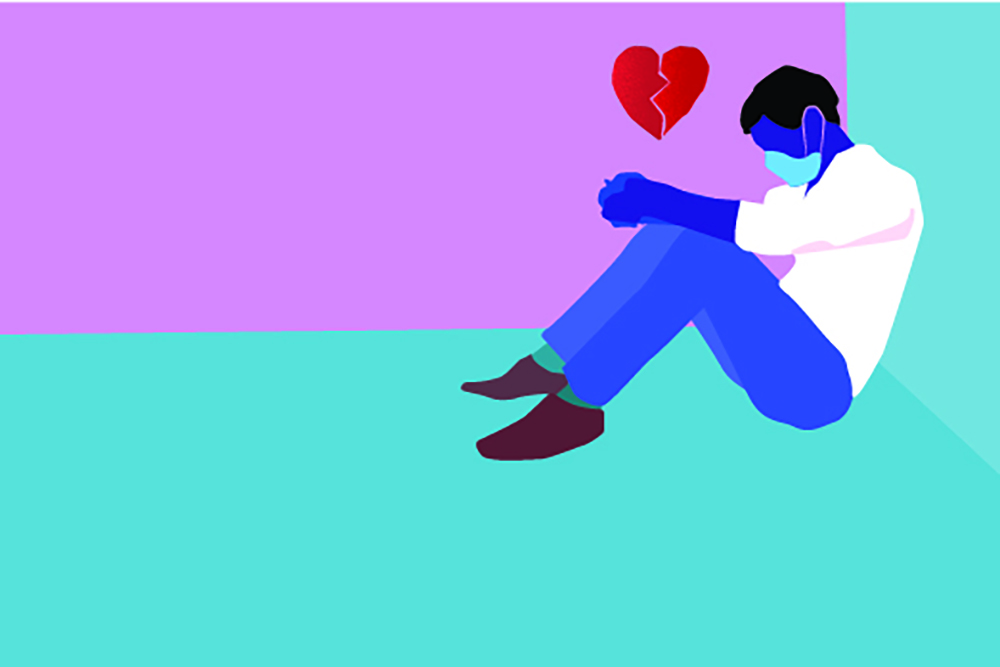 “Being with each other as much as we have during this time has definitely challenged our relationship,” creative writer Amy Howard says. “Our fuses are shorter with one another. We find ourselves needing alone time that we never really had to carve out before. Throw in a heap of disagreements about co-parenting and challenges with the kids and there are days that I’m not very happy and I feel very distant and disconnected from my husband. In certain ways though, it has forced us to have some serious and difficult conversations with one another. We’ve become better communicators by necessity; that has brought us closer. We’ve learned some hard and beautiful truths about one another, our commitment to our marriage and how we react when the going gets tough.”

She and her husband are married, have been in an open relationship for more than three years and share custody of his children. Howard says quarantine has solidified their decision not to have more children of their own.

Several other couples I spoke to anonymously have also noted new ways of connecting with and taking time to listen to one another, especially when children were involved. Cooking, exercising together, gardening and more of the day-to-day moments of domestic life are being shared. Understanding and addressing each other’s mental health struggles has come to the forefront.

James Stokes, a D.C. restaurant industry worker, says his wife has had to see more of his agitated side.

“I derive much of my happiness from work and function and making people happy,” Stokes says. “That’s been taken away so she has to see me cope.”

Pendleton says she views these kinds of reflections as indicative of a broader trend in society toward people being more open to looking at their own traumas and seeing how they impact relationships. Unlike in other times of collective trauma that we can point to throughout history, 2020 has one advantage in that more people are familiar with a lexicon to articulate what is happening within and around them, even if they’re not sure what to do about it.

Pendleton, who often helps clients with trauma, has seen a definitive uptick in interest in her sex programs.

“I think many are thinking, ‘We can’t outrun these things anymore, so we may as well look at it.’ They’re realizing their day-to-day life schedule was set to keep them busy and now they’re delving into the deeper parts of their psyche.”

She does anticipate some will realize that, without external structures in place, inequalities in relationships may surface, even for those who would have thought division of labor in their partnerships was equitable.

She adds, “maybe it is hopeful because maybe the relationships we’re in and the ones we form when we come out of this are more deep and honest because we did some of that work.”

Whether we emerge from the Covid-19 era with a spike in divorce rates or a post-WWII-style baby boom, it may still be too early to tell. One thing is certain for D.C. residents: We’re creating a new love language.